From this year onwards Postal/Sorting Assistant Exam (PA/SA Exam) will be part of Staff Selection Commission Combined Higher Secondary Level Exam. Department of Post has decided to conduct the exam through SSC and Gazette Notification in this regard was issued on 21 May 2015. Till now, for the last 02 years exam was conducted through a private company called CMC Limited and there were lot of complaints regarding the conduct of examination. Malpractices were detected at many Circles and Re-Exams are now being held in those Circles. In view of candidates it’s a welcome move because now onwards you have to prepare for one less exam every year. SSC CHSL + Postal Assistant Exam Preparation now onwards at one go. 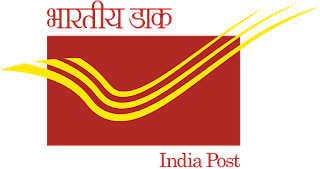 Notification for SSC CHSL 2015 is expected today (12 June 2015) or tomorrow (13 June 2015). It is expected that Postal Assistant Exam 2015 will also be part of this year's notification. Let's wait and See. More details in this regard will be posted soon.
Anyway Check the Postal/Sorting Assistant Recruitment Rules 2015 in Official Gazette.
Posted by Unknown at 3:50:00 pm