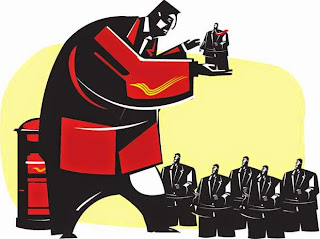 As PBI is to use the department's infrastructure - real estate, office premises, computers, information technology system and a large part of its staff - to run the payments bank, the department expects to earn a revenue of Rs 2,365 crore over the first five years of operations, through transfer pricing. This will help the government reduce the subsidy it annually gives the department for running its operations.

According to sources, the Reserve Bank of India (RBI) could approve issue of licence for this payments bank by August this year, after which the process for setting it up might start.

Within three months of getting the licence, the department will hire key resources like chief executive officer, chief financial officer, chief operating officer, chief people officer and chief risk officer, according to a presentation recently made before Communications Minister Ravi Shankar Prasad.

This core team will take up the increased responsibility during the first 12-18 months after approval of licence, and assume full charge around the date of the launch. PBI is expected to become viable within three years of operations and is projected to generate annual profits of about Rs 91 crore by the end of five years.

The department will soon move a Cabinet note for approval of Rs 650 crore as investment in the proposed payments bank.

For PBI, the plan is to have a hub-and-spoke model. There will be 650 main branches where the department will have head or bigger post offices. Subsequently, 25,000 'spoke' branches will be set up, while some 130,000 post offices with act as business correspondents for the payments bank.

The idea will be to target rural customers with products like small savings accounts, payments/remittances services and assistance in getting loans and insurance products from third-party institutions. For urban customers, the products will include pre-paid wallets for easy remittances and micro insurance products. Also, there will be an attempt to tap micro and small businesses with their products. The focus will be on high-volume, low-value transactions and providing small savings accounts and payment services to migrant labour, low-income households and the unorganised sector, according to the presentation.

The department had earlier proposed a fully-owned and new entity as an umbrella firm for its four or five strategic business units, to look after banking & financial services and insurance, and for offering third-party products, besides e-commerce and management of government services.

And, a few of these units will be hived off into separate entities; a feasibility study for setting up new units will start sometime this year.

The postal department has a 150,000-strong network of post offices across the country which directly employ 500,000 people. The department is largely moving in line with the report of a panel headed by former Cabinet Secretary T S R Subramanian in this regard.

In the Budget speech this year, Finance Minister Arun Jaitley had said the government was committed to increasing people's access to the formal financial system. "The government proposes to utilise the vast postal network, with nearly 154,000 points of presence across villages of the country. I hope the postal department will make its proposed payments bank venture successful, so that it contributes further to the Pradhan Mantri Jan Dhan Yojana."

While remittance is a big segment, 55-60 per cent of this happens through the unorganised sector. The department is looking to strengthen its foothold in this space. Half of India's remittance market, estimated to be worth Rs 2 lakh crore, is in the informal sector, and does not reflect in official numbers (on remittances through India Post, mobile wallets, etc) for want of clarity on definition of migrants.

Apart from India Post, other applicants for a payments bank licence include Bharti Airtel, Vodafone India, Idea Cellular, Uninor and Reliance Industries. Unlike full-fledged banks that make money on float through arbitrage - they lend money at higher interest rates than what they pay depositors, and do not charge on transaction services - this proposed payments bank will charge for services, primarily cash-outs and cash-ins. The proposed entity could deposit the amount in government securities and earn annual interest at 8-8.5 per cent, and it might give customers three to four per cent on the amount. However, unlike scheduled banks, they will not be allowed to use the cash for giving loans.