Close on the heels of the Centre announcing its plan to launch the first women’s PSU bank, an all-woman post office was  opened here on the occasion of International Women’s Day on Friday.
The government has plans to open similar post offices in other parts of the country.  The initiatives are part of the UPA Government’s focus on women empowerment, safety and gender equality.
“In the coming days, I believe there will be more all-woman post offices across the country for the convenience of women. This is first office in the country where all employees will be women,” Union Telecom and IT Minister Kapil Sibal said.
The Centre intends to open all-woman post offices in every metropolitan city and in large towns, especially where there are more working women. “There is a different comfort level when women interact among themselves.  We have identified Mumbai, Chennai, Chandigarh, Lucknow, Hyderabad and Bangalore to start with,” said P Gopinath, Secretary, Department of Posts, adding that there will be  more branches in Old Delhi in the next couple of weeks. 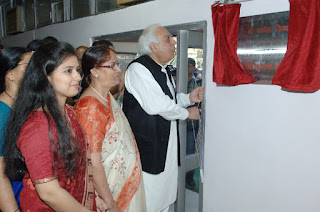 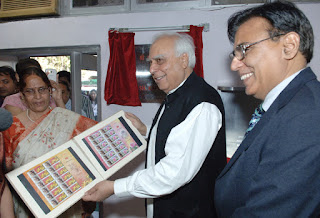 The Union Minister for Communications and Information Technology, Shri Kapil Sibal being presented the MY STAMP Album at the launch of the India’s first ALL WOMEN post office, in New Delhi on March 08, 2013