I) SB commission paid to BPMS

RS.2.50 PER One thousand sum assured.

MO/RURAL POSTMEN
Rs.2.50 per 1000/- sum assured for procuring business
Direct Agents will get incentive as per Field Officers
Posted by Unknown at 10:52:00 am No comments:

Email ThisBlogThis!Share to TwitterShare to FacebookShare to Pinterest
Labels: incentives to postal employees

Candidate is to make sure that his/her Photo is printed on the downloaded Admit Card. If the PHOTO is missing, candidate may download the Admit Card again. If Photo is still found missing, please report the problem on the   admitcardhelpdesk.dopexam@gmail.com

Schedule of Examination (Paper I) for the following Postal Circles is as follows:


Shri Ravi Shankar Prasad assumed the charge of the Ministry of Communications and IT here today. On his arrival at Sanchar Bhawanhe was received by Telecom Secretary Shri MF Farooqui.After assuming charge, he interacted with the officials of the Ministry.

Shri Ravi Shankar Prasad (born 30 August 1954) is a lawyerby profession and represents Bihar in the Rajya Sabha. He is a distinguished senior advocate at the Supreme Court of India. Shri Prasad holds BA Hons, MA (Political Science) and LLB degrees from Patna University. He held the position of Union Minister of State in the Ministry of Coal and Mines, Ministry of Law and Justice and Ministry of Information and Broadcasting during the National Democratic Alliance government under the leadership of Prime Minister Shri Atal Bihari Vajpayee. Shri Prasad has held several national-level assignments in the youth wing and the main party organisation of the BJP. A member of the BJP national executive since 1995, he became a national spokesperson of the BJP in 2006.In 2012, he was re-elected to the Rajya Sabha from Bihar for a consecutive third term.
Source : PIB (Release ID :105202)
Posted by Unknown at 11:32:00 am No comments:

The second day of the historic workshop on 7th CPC started at 10 AM on 27th May, 2014. Com. M Krishnan, General Secretary read out from Chapter 3 to Chapter 25 with active participation of as many as 277 delegates who suggested various additions and modifications in the draft memorandum with suitable contributions and deliberations. The draft memorandum which has been prepared by the CHQ team headed by Com. K V Sridharan, Ex-General Secretary, CHQ covers all the issues of P A comprising TBOP/BCR and MACP related issues, Postmaster Cadre, LSG, HSG-II and HSG-I, Accountant & APM ( Accounts), System Administrator, Business Executive, PRI(P) and issues related to foreign post , RLO, PSD, CSD and RTP issues.


Com. B samal, Divisional Secretary also participated in the discussion and gave some suggestions on the formula for computing the minimum need based salary, Postmaster Cadre, change of nomenclature on each promotion/financial upgradation. The responsibility given to him as Divisional Secretary in supplementing the CHQ in preparing the draft memorandum has been sincerely discharged by him and some suggestions given by him have been suitably considered and taken care of by the CHQ in this regard. Com. Samal expressed his sincere gratitude before the CHQ for giving him such an opportunity to contribute to the draft memorandum prepared with respect to Postal Assistant and allied cadre issues to be presented before the 7thCPC.

Participating in the discussion, Com. K V Sridharan told that AIPEU, Group-C is the leading union which has arranged such a historic workshop with participation of grass root level leaders who are quite capable of supplementing the CHQ with their wisdom and knowledge and that has been proved today. And this what called trade union movement. Everybody needs to be educated through such workshop so that our movement will ahead further and other unions and associations will learn from such activities. AIPEU, Group-C has also shoulder the responsibility of preparing similar memorandum for Postman/MTS and GDS employees. Since P – III is now also leading the Confederation and NFPE, it has a major role to play before the 7th CPC and the present leadership is quite aware of such responsibilities.
Lastly, Com. R Shivnarayana delivered his Presidential speech and Com. Subramanium, Dy. General Secretary gave the vote of thank. The historic two-day workshop ended fruitfully. 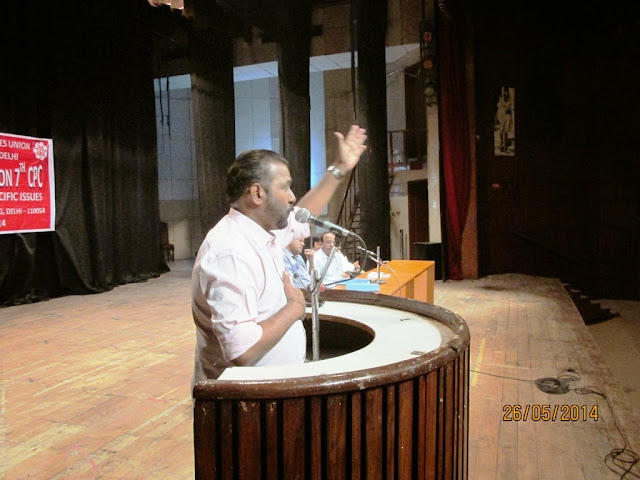 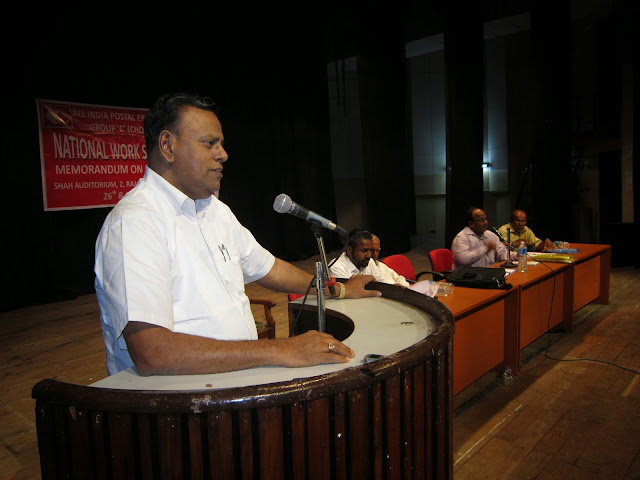 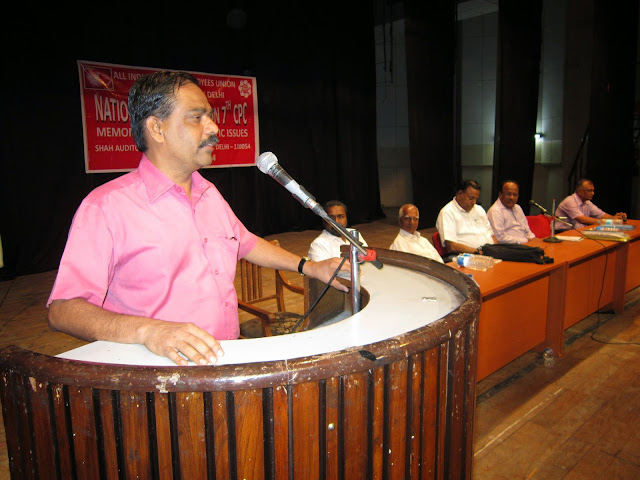 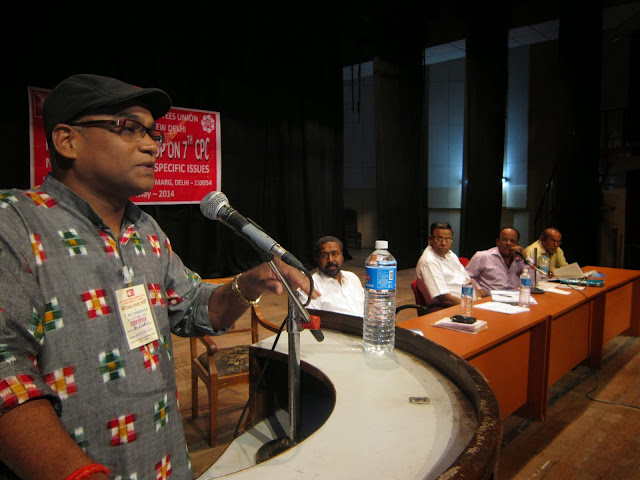 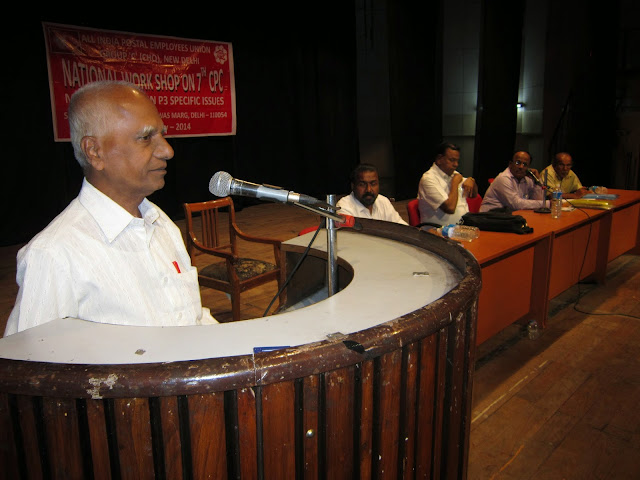 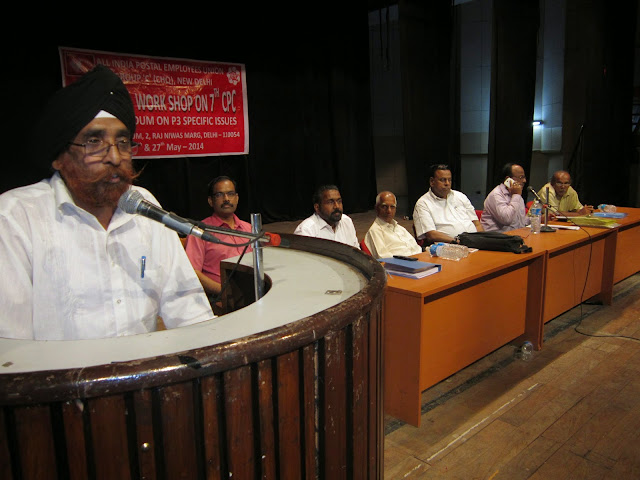 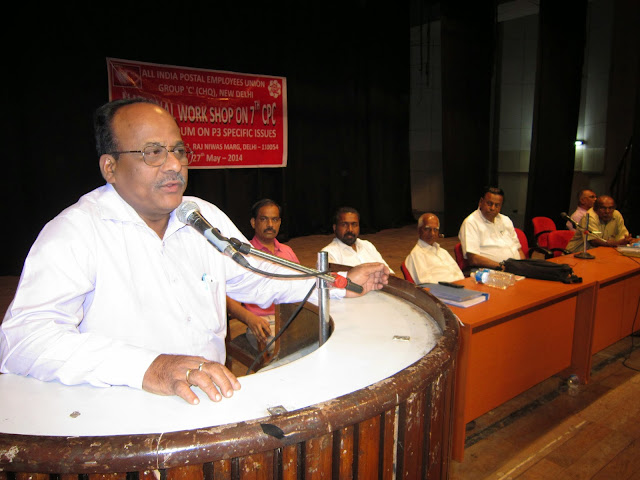 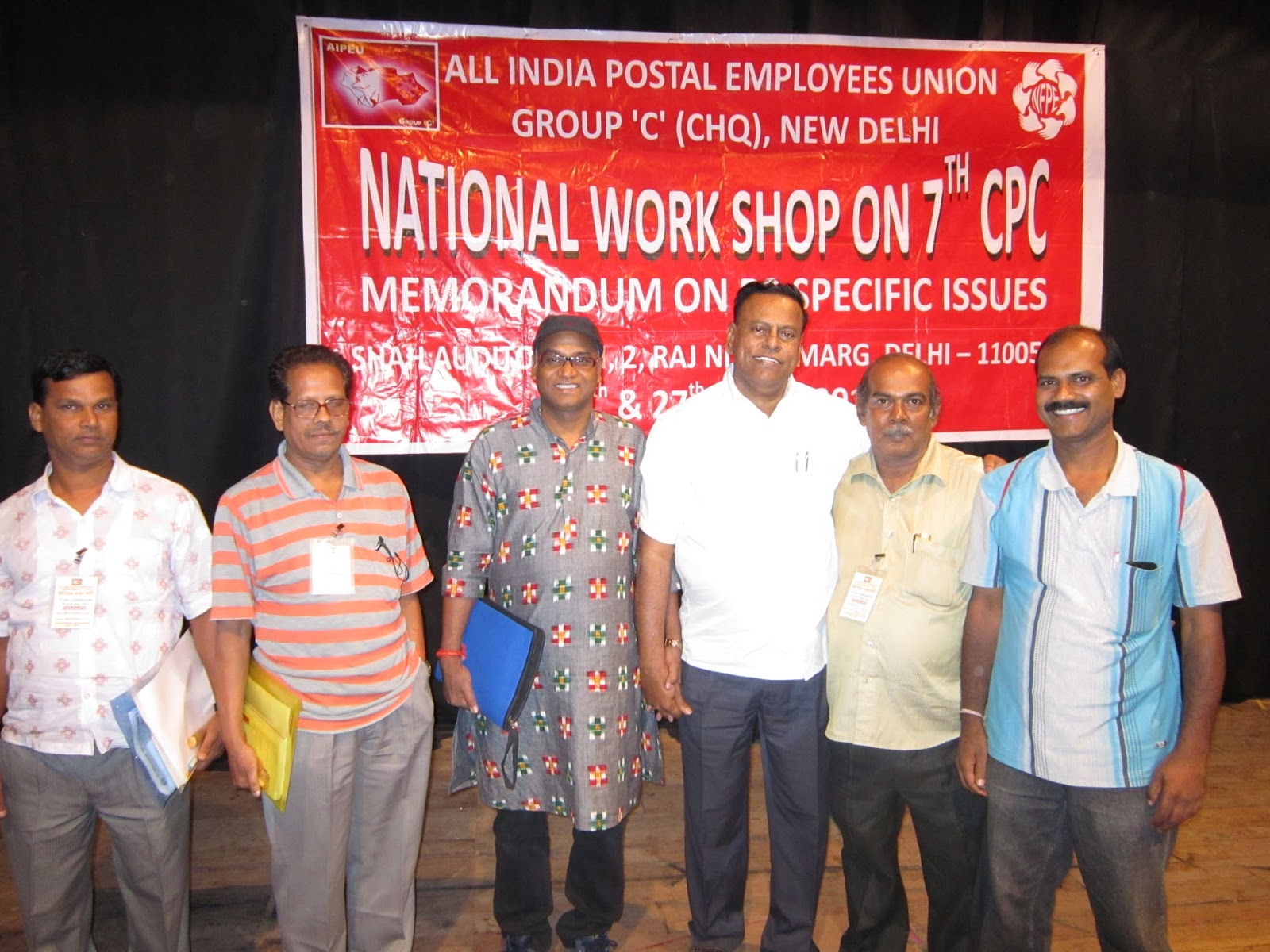 The complete list of allowances and advances to eligible for Central Government employees including Railway employees are compiled by NFIR and the same we reproduced for your ready reference as under..