Grant of leave to the staff working under HSG-I Postmaster


Sir / Madam,
It is observed that HSG.I Postmaster is competent to grant only casual leave to the staff working under him/her. The applications for grant of other kind of leave to staff are forwarded by him/her to the Division office for approval. It has been brought to the notice of the Directorate that at times the said procedure takes time and  if such officials who do not have casual leave left in their accounts want to proceed on earned leave immediately to some unforeseen circumstances, they face problems in proceeding on leave at short notice.
2. The matter has been looked into. It has been decided by the competent authority in the Directorate that in such pressing circumstances, HSG I Postmasters while recommending earned leave may relieve the official of his duties in anticipation of grant of leave by the competent authority, provided :
I. The earned leave applied for by the individual is not for more than the period of three days.
II. No substitute is required in case the official proceeds on leave.
III. The leave may be recommended by the HSG I Postmaster by recording that it is being recommended subject to the availability of leave in the credit of the applicant.
IV. The official may be relieved after duly following the procedure of handing/taking over of the charge.
V. If later on the sanctioning authority finds that the official does not have the leave applied for to his credit he should obtain the revised application from the individual for the kind of leave he/she is entitled to at the earliest.
VI. If the official needs earned leave for more than three days or wants to extend the earned leave beyond three days he should apply for same well in advance so that it is sanctioned as per the existing procedure.
Yours faithfully,
-Sd-
(B.P.Sridevi)
Director (Staff)
Posted by Unknown at 1:24:00 pm No comments:

The Prime Minister, Shri Narendra Modi, today said that the postal network can become a driving force for the Indian Economy, just like the Indian Railways. His remarks came during the presentation of a report by the task force on leveraging the post office network. The Prime Minister, after an initial discussion on various aspects of the report, has directed that the recommendations of the task force be studied in detail within a short period of time, so that necessary follow-up action can be initiated.
The Prime Minister said the postman, along with the teacher, is the most respected Government employee in rural areas.
The Prime Minister said the Department of Posts has huge assets across India, and ways should be explored to suitably use these assets for the benefit of the people. He said post offices in rural areas can be used to deliver services and important government information to individual households.
The Minister for Communication and IT, Shri Ravi Shankar Prasad, was present on the occasion. The presentation on behalf of the task force was given by its Chairman, Shri T.S.R. Subramanian.
Posted by Unknown at 1:23:00 pm No comments:

Buoyed by the success of the pilot project of issuing ‘Rs.300 special entry darshan tickets’, Department of Posts (DoP), in association with Tirumala Tirupati Devasthanams (TTD), has decided to extend the service through all the 95 head post offices in Andhra Pradesh and Telangana from Monday.

The project, offering TTD’s darshan tickets, was envisaged on December 1 last year through nine post offices across five districts of Andhra Pradesh and Telangana with the intention of reaching out to more people. Positive reviews emerging from various corners of the two States prompted the officials to launch the facility through head post offices.

Inaugurating the services at Tirupati's Head Post Office here on Monday, TTD Executive Officer D. Sambasiva Rao said this method of booking would be more pilgrim-friendly when compared to internet booking/e-darshan as majority of the population including rural masses would have access to post offices.

As many as 5,000 tickets would be allocated by the TTD in different slots for post offices falling under the project. Devotees could book the tickets four weeks in advance so as to plan their itinerary. The facility would also be available at sub post offices at Narasampet (Warangal district) and Madanapalli Bazaar (Chittoor District).

In wake of complaints against internet booking of Rs. 300 tickets, TTD was contemplating ensuring booking in post offices with internet facility. To the suggestion of Chief Post Master General B.V. Sudhakar to enable booking of accommodation and kalyana mandapams through HPOs, Mr. Sambasiva Rao said the TTD would look into the feasibility of introducing the facility. 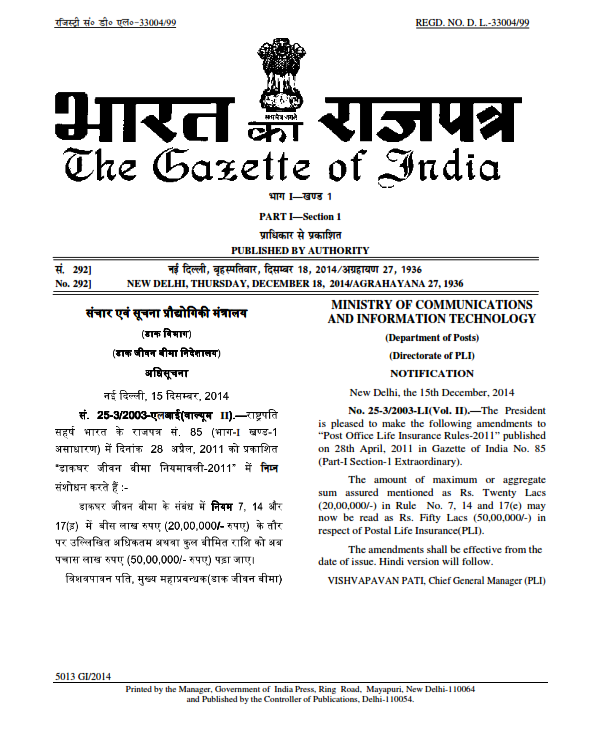 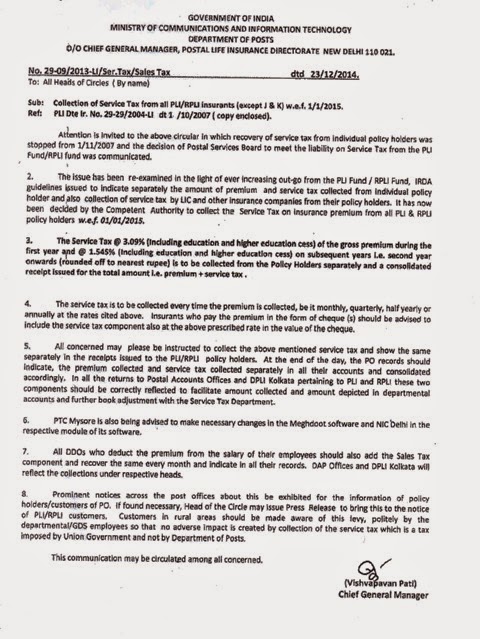 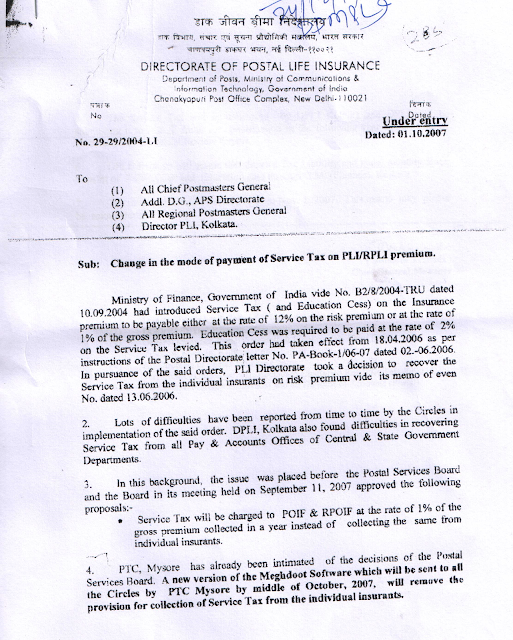 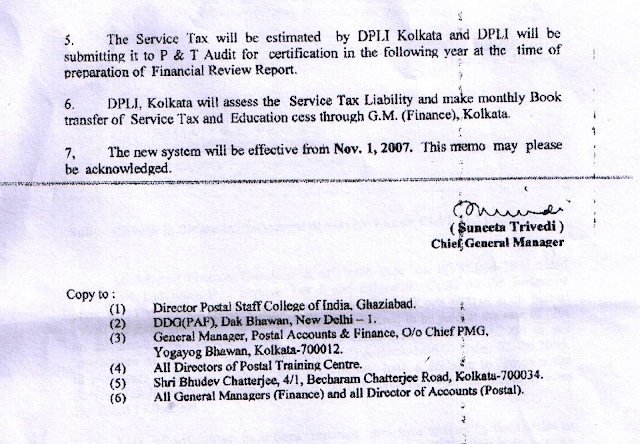 Post offices moved a step closer to becoming banks. The government has allowed certain eligible branches to issue ATM cards to their account holders and also account statements instead of giving out passbooks, as most private sector banks do.

On Tuesday, the government issued a gazette notification amending the Post Office Savings Bank General Rules, 1981. The rules will come into force immediately. These facilities will be available to the branches that are working on core banking solution software, essentially branches that part of an electronic network.

The funds raised by them largely go to finance central and state governments. India post currently has about 1.55 lakh branches, nearly 90% are in the rural areas, which many experts see as a good vehicle for financial inclusion. The notification says the post office savings bank could issue automated teller machine or debit card to account holders on request or otherwise which can be used to withdraw funds from any of the branches having core banking.

The deposits to these accounts could be made and accepted through any electronic mode. The RBI had decided against issuing a banking licence to India Post when it gave out licence to IDFC and Bandhan Financial Services saying it would decide after consultation with government. The new rules notified by the government will push India Post closer to banks.

Source : The Economic Times
Posted by Unknown at 7:38:00 pm No comments:

To view please Click Here.
Posted by Unknown at 7:37:00 pm No comments: 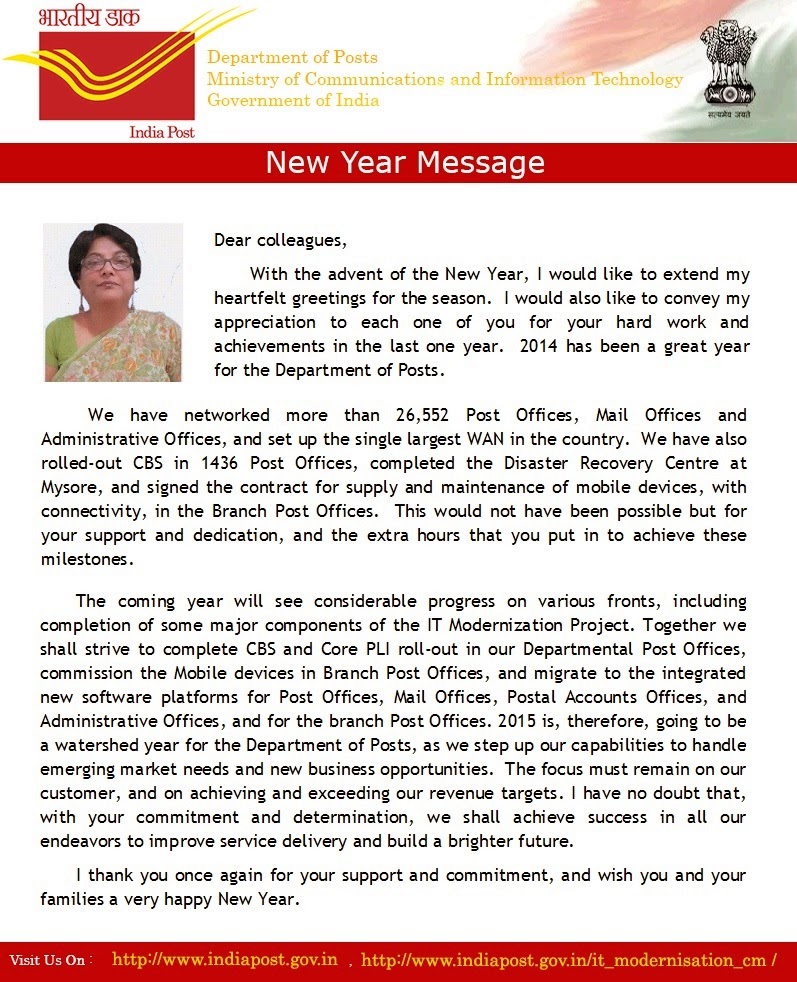